Show Me 2 was the matriarch of our flock, who guarded her lambs against intruding predators as good as any ram that we've ever seen.  As our Arkansas line of ewes have descended from her, we have tried to preserve her valued attributes.  She was bred by Charles R. Beam, and she came to us from the Hatley Farm in Arkansas  On January 29, 2011 she turned twelve years old, and on February 22, 2011 she presented us with twins.  Many of Show Me's ewe lambs will live out their lives at Lone Star Farm following in their mother's footsteps.  Every sheep in the flock recognized Show Me 2 as the Queen Mother of our farm. 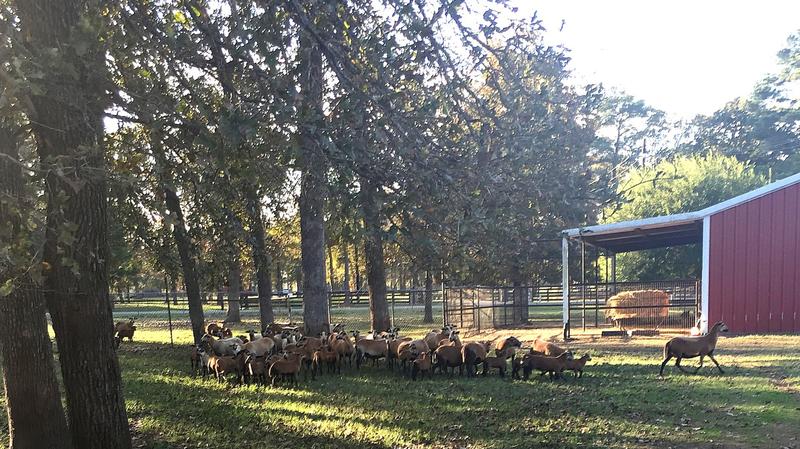 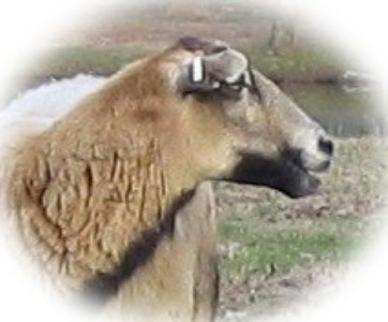 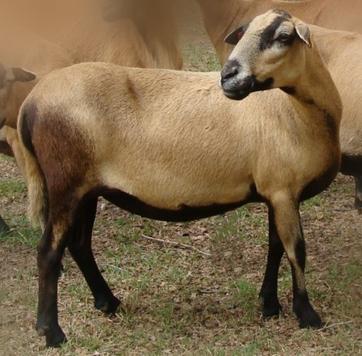 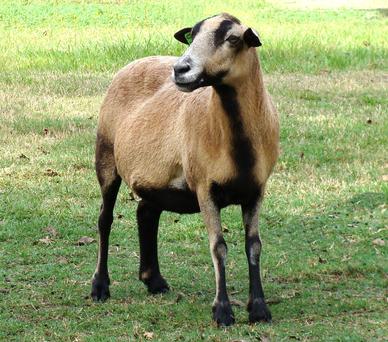 Caribe VSU was our Saint Phillip VSU daughter.  She is descended from the Virginia State University Research Flock and has been a valuable asset to our flock.  Caribe has produced quadruplets, triplets, and twins for us that have all become significant producers at Lone Star Farm and at several other breeder's farms as well. 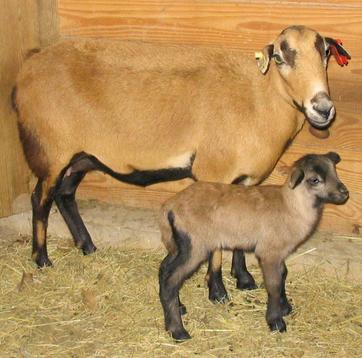 ​You must have good ewes.  You can't make a silk purse out of a sow's ear.

You can always improve your ewes with a good ram, but you are way ahead of the game if you are able to start with good ewes.

Our ewes are a dynamic part of our flock.  They are just as important as the ram as far as we are concerned.  Many breeders disagree with that notion, claiming that all it takes is a good ram to improve your flock.  Yes, a good ram can do that, eventually, but it will take much longer if you are starting out with poor quality ewes and their genetics will be there for generations to come.  The ewe is there, not only to contribute her DNA, but to influence the lambs socially and temperamentally. Socially, by showing the lamb how to interact with the rest of the flock; basically teaching him how to behave to keep himself out of trouble.  Temperamentally, because besides inheriting it, the lambs mimic her behavior.  You may say that is INSTINCTUAL BEHAVIOR.  If so, then why is it that if you have a skittish ewe, you generally have skittish lambs, yet if you remove the lambs from their mother at a young age, they are often no longer skittish?  We also think the ewe has quite a bit of influence on her lambs by teaching them it is not necessary to totally freak out each time the vet comes for a visit; or if someone comes to the barn in the middle of the night to check on a soon-to-deliver pasture mate; the lawn mower will not eat them and motorcycles driving by aren't going to crash through the fence....at least we hope not.  Contributing all that, along with her fifty percent of the DNA, makes her worthy of extra credit which is not often attributed to her.  Yes, a good ram is a valuable asset to a flock, but let's not sell our ewes short when it comes to their contributions.  In fact, at Lone Star Farm, we think it is wise to make sure our ewes measure up to the "ideal" of the breed standard in the same way that the rams do.

Show Off 2 came to us from the Hatleys in Arkansas as #19.  We immediately recognized her quality and named her Show Off 2, so her name would coincide with her mum's name. We have also named some of their lambs using this same theme so the recognition of the bloodline would be apparent in years to come for posterity.  We only bred Show Off four times, mainly because we were breeding when it was convenient for us back then.  The few times she was bred though, she certainly left her mark on our flock, and hopefully the Barbados Blackbelly breed as well.  Among her progeny are Lone Star Boris Badenough, Lone Star Drago, and Lone Star Ruth, who have made significant contributions to our flock and continue to do so.