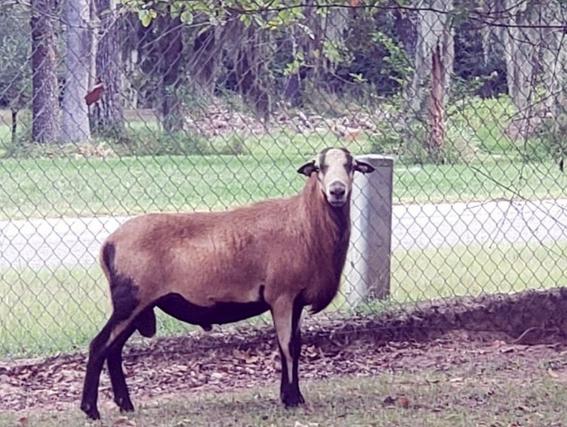 I think Jovian needs some explanation.  For years you have heard me preach that we do not breed rams with white-tipped tails.  Jovian has a white-tipped tail.  We have had a closed flock for years, meaning we only bred our own stock to each other.  We linebred, sometimes outcrossed, occasionally, for a specific reason, we inbred.  We've done that for many years with complete success, but it had come time to introduce some new blood to our flock.  We wanted to buy two or three rams from Pat Schooley at Old Forge Farm in Maryland, but the timing wasn't right and we didn't seem to be able to get together on transporting the sheep.  After that didn't work out with Pat, we just stopped looking for awhile.

Months later, past BBSAI president, James Orr, founder of Zoar Farms, passed away leaving his rather large flock up for grabs.  The folks who inherited his sheep didn't really want them and the Blackbelly breeders did not want to let the genetics in Jim's flock go having them sold at auction.  The new owners understood our concerns and very graciously cooperated with a couple of us breeders to see if we could get them to the right places so their bloodlines would not be lost.  Mike and I put in our bid for two rams and two ewes.  Pam Hand of Springwood Farm in Free Union, Virginia purchased one of the rams from us to help spread the genetics around and interest was shown, and later a deal was made with the new owners, for Virginia State University to add them to their research flock which we will be forever grateful for their purchase of the sheep.  We put in our bid for the four sheep we purchased sight unseen from the pedigrees alone.  The sheep we got were Old Forge Farm animals originally bred by Patricia Schooley out of the research flock from Virginia State headed up by Dr. Stephan Wildeus.

Mike went to Center Point, TX  to pick up the sheep we had purchased only to find that Jovian had a white-tipped tail along with one of the ewes we had purchased.  With the dilemma of trying to save the genetics and also because of the overall quality of those sheep, we decided to take the chance and try to breed out any white that may show up.  In the meantime, these animals won't be sold to the public until we have decided what they are producing.